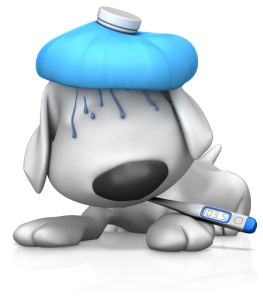 Very puzzling and disturbing indeed. Perhaps, the inappropriate prescribing of antibiotics in the recent past were so bad that any reduction is hailed as “success”. Is antibiotics still inappropriately being prescribed for influenza infections?

A recent study in the US clarified and highlighted the problem. I think it is equally reflective of our situation here from my own experience. A cohort study enrolled outpatients  > 6 months old at 5 US Influenza Vaccine Effectiveness Network sites during the 2013-2014 and 2014-2015 influenza seasons. All patients received influenza testing by polymerase chain reaction (PCR). Antibiotic prescriptions, medical history and International Disease Codes (ICD) were collected from medical and pharmacy records. Some patients had group A streptococcus (GAS) testing where appropriate.

They measured antibiotic prescription with 7 days of an acute respiratory infection. The appropriateness of the antibiotics were based on diagnosis codes, clinical information available, influenza and GAS test results.

14987 were diagnosed with acute respiratory infections (ARI). The average age was 32 years old with 58% of the patients being females. Overall 41% of those patients were prescribed antibiotics.

Of the 6136 patients who received antibiotics, 41% had a Tier 3 diagnosis. The proportion of patients in this category who were prescribed antibiotics increased with increasing age. The most common antibiotic amongst the older patients (>50years) was azithromycin.

1707 patients were diagnosed with sinusitis. 81% of them were prescribed an antibiotic. Not all patients had fever recorded. Of those with fever recorded, only 51% reported a fever and 19% reported neither a fever or symptoms longer than 3 days.

Choice of antibiotics
Azithromycin was prescribed to nearly one-quarter of adults aged 50 years or older with an ARI, regardless of diagnosis, laboratory testing, symptom duration, or medical history, including to 58%of those older adults given a prescription who lacked an indication for antibiotic treatment. Azithromycin also accounted for more than one-quarter of prescriptions among those adults diagnosed as having pharyngitis and sinusitis, even though it is not the first-line agent for either condition. GAS and Streptococcus pneumoniae infections are more likely to be resistant to macrolides than to

amoxicillin or amoxicillin-clavulanate. While all antibiotics have potential risks, macrolides have also been associated with an increased risk of cardiovascular events.

The information obtained in this study did not include dispensing information and we don’t know whether the antibiotics were prescribed for use if the condition deteriorate. This could have over-estimated antibiotic use. They also don’t have information on allergies and this may influence the choice of antibiotics.

There are many factors that determine the use of antibiotics in patients with influenza diagnosis. The three most common bacterial complications requiring antibiotics are pneumonia, sinusitis and otitis media and it is not inappropriate to prescribe antibiotics in these instances. However, previous studies have shown that patients diagnosed with influenza were more likely to be prescribed antibiotics.

Yes, a proportion of those diagnosed with either pneumonia, otitis media or sinusitis may have been prescribed antibiotics appropriately, but I suspect a significant number were not.

A recent study of decision-making about the use of antibiotics in medicine has found the mistaken belief that antibiotics are harmless is widespread, with many clinicians influenced by the notion of ‘why not take a risk’ when it comes to prescribing antibiotics.

Are you still one of those GPs or ED medical officer that still prescribed antibiotics inappropriately.