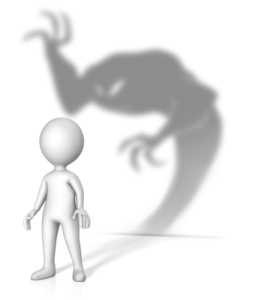 If it was a headline conclusion in any other medical publication, we would be combing the study looking for holes, validity, statistical significance and clinical relevance. We would be checking that the conclusions drawn were correct and valid conclusions that arose from the data. But when it was the Medical Board which released the headline, most of us, kind of, accepted the conclusions of the study without questions.

The study was published in the Journal of Patient Safety and Risk Management (they have a journal for that?) in March of this year and cited by the Medical Board as a concern about patient care. They looked at all notifications of concern lodged with AHPRA which were then cross-linked with the dataset of doctors registered to practise between 2011 and 2014. Younger doctors were defined as age 36-60 years  and older doctors, >65 years in 2010. Doctors aged between 60-65 were excluded because they would cross over during the study period. The notifications were classified into 3 broad categories of health, performance and conduct.

Older doctors received more notifications on record keeping, reports and certificates, unlawful use and supply of medications,, disruptive behaviour and breach of boundaries. There were more fraud and overcharging with younger doctors.

What does all this mean?

The headlines screamed “older doctors were at higher risk of notifications relating to physical or cognitive impairment…” but that category only amount to 6.2% of all complaints about older doctors. The overwhelming category of complain ( older doctors: 54% versus younger doctors: 61.6%) were about performance concerns which older doctors fared better (p < 0.001). Talking about massaging the numbers.

The issue with conduct concerns worries me. Unfortunately, many older doctors are not computerised  and problems with record keeping become an issue. But it is a difficult problem to tackle trying to computerise the non-computer generation. We ought to provide assistance to that group of doctors. It may not be related to quality or safety though, is it? In relation to report and certificate complaints, once again, illegible hand written documents might feature high in those complaints which include complaints from employers. I do sympathesise with older doctors who take no nonsense from demanding third parties. The oodles of “certificate of fitness” that comes our way will drown anyone.

I wonder what the disruptive behaviour notifications include. My many rural colleagues inform me about the ridiculous imposition from bureaucrats in their pursuit of tick box medicine that we must all adhere to. It may include rude behaviour from some of our colleagues that are not acceptable and must be frown upon by all irrespective of age. The unlawful supply of medicines almost certainly applies to prescribing to family members especially with older semi-retired doctors. It’s a real issue the Medical Board need to come to an agreement in consultation with the doctors.

The authors “suggest” that the notification relating to physical/cognitive decline may affect patient care. But performance notifications were in fact lower in older doctors. They further suggested that:

“chronic illness and physical limitations among older practitioners may have an impact on technical competence which can in turn affect treatment provided which may relate to our findings of the higher notifications rates for substandard treatment amongst older doctors.”

But their study DID NOT show that at all. Notifications about substandard treatment were the same among younger and older doctors (21.1% versus 21.3%).  To the contrary, inadequate investigation/tests and poor assessment/diagnosis were higher in younger doctors (3.4% versus 2.9% and 9.5% versus 7.8% respectively). Have a look at the data provided yourself here.

The authors rightly acknowledged that notification rates was an imperfect marker of quality of care as previous research has suggested that most notifications on performance,, impairment and unethical conduct do not result in a formal notification of concerns (Bismark 2016). They further acknowledge that only 8.5% of the notification resulted in regulatory action although older doctors did feature more in those actions.  8.5% of notification amounts to ~1000 regulatory action taken over a 4 year period. We don’t know how many individual practitioners that involved. That’s hardly an alarming statistics at all. They also acknowledged that there may be differences in the nature of the work done by younger and older doctors.

This is NOT an issue of younger versus older doctors at all. Don’t let the medical board divide us with older doctors versus younger doctors with this fake news. This is an issue about under-performing colleagues which should concern all of us. As you can see, the study raises more questions than it answers. Is this study used as a setup for re-validation? Do you impose re-validation on >90% of doctors were deemed to be under-performing? The Medical Board has always use “protecting the public” as their charter to ensure doctors are fit to practise which we all support. Will re-validation (if it comes) achieve that aim or is it something that done because they have to do something?

Is this study used as a prelude to force older doctors out as we have a relative over supply of medical practitioners? The act of any re-validation with its enormous number of forms and tick boxes will definitely send many of us to retire early irrespective of age. Who will be left to mentor the next generation of doctors?