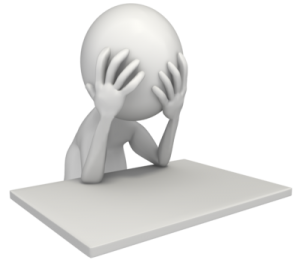 The bulk of patients with depression is managed in primary care. A significant proportion of these patients do well with the usual anti-depressants. At some point in time, many will no longer need their medications and we usually wean them off their drugs. Why do we need to wean them off? How do we wean them off? What can we do to reduce recurrence after we wean them off? Are there any data to guide us?

Most of the patients we see in primary care who satisfy all the criteria for major depressive disorder (MDD) have depression associated with stressors be it bereavement, marital stresses, financial difficulties or health issues. In a longitudinal study of a large community sample of twins of both sexes, 88.1% of diagnosed episodes of MDD were associated with a stressor of some sort (Keller et al., 2007). Only 11.9% of episodes appeared to be endogenous (depression in the absence of an environmental trigger).

We know that depression is related to deficiency in monoamine neurotransmitters particularly serotonin (5- hydroxytryptamine or 5-HT), norepinephrine (NE), and, to a lesser extent, dopamine (DA). But the neurological pathways leading to the deficiency is largely unknown.

There are two broadly divergent approaches to the relationship between stressors and depression. One group of researchers believe that the deficiency of monoamine neurotransmitter is the result of a disorder or malfunction of the normal homeostasis. The malfunction may be a malfunction of (1) the sensors that monitor monoamine levels (2) the feedback mechanisms that maintain monoamine levels at the equilibrium; or (3) the mechanisms that alter the equilibrium point.

Other researchers argue that depressive symptoms might be the result of adaptive mechanisms that respond to stressors and threats. The adaptationist perspective on the chronic nature of depression suggests that, like fever, monoamines may be under the control of a homeostatic mechanism that maintains forebrain levels at an altered equilibrium for an extended period of time, presumably because the nature of the stressor requires it.

Andrews et al (2) postulated a process termed “oppositional tolerance” that occurs when a drug is used to block receptors for monoamines, such as serotonin. When the body is exposed to this chemical (opposition), the body adapts (tolerance) by making more receptors. If the drug is stopped quickly, the extra receptors are now available to bind serotonin, which results in a rapid drop in circulating serotonin and a higher rate of relapse.

Current guidelines recommended that we wean patients off their antidepressants. Although that’s what we generally do when it’s time to withdrawal anti-depressants, the guidelines are actually based on consensus rather than scientific data. A recent systematic review explored 2 questions: 1) what interventions are effective in managing antidepressant discontinuation, and 2) what are the outcomes for patients after discontinuation?

Out of 35 articles deemed suitable for the systematic reviews, 12 were included in the synthesis. Anti-depressants use ranged from 9.2 months to 9.5 years. The antidepressants studied included SSRIs and tricyclic anti-depressants.

What did they find?

The lowest rate of medication cessation was seen with patient-specific letters to primary care clinicians recommending antidepressant discontinuation, with tapering advice. There was no significant difference in cessation between this approach (6%) and usual care (8%) after 12 months. Patients who discontinued tended to have a shorter duration of use.

One small feasibility study of CBT for preventing recurrence in 12 women who wished to discontinue before pregnancy found that 2 women had a recurrence within 10 weeks of tapering.

In one retrospective cohort study, of 41 patients who experienced discontinuation syndrome after stopping paroxetine, none had a recurrence after a subsequent slower titration (88%) or switch of antidepressants (12%).

There was no significant difference in recurrence after patient-specific recommendations to primary care clinicians to discontinue plus tapering guidance, compared with usual care. Meta-analysis of 2 studies showed significantly lower risks of recurrence with CBT plus taper compared with clinical management plus taper after 2 years.

Meta-analysis of 2 studies showed no difference in recurrence between mindful based cognitive behaviour therapy (MBCT) with tapering support vs maintenance antidepressants at 15 months or more.

In summary, not surprisingly because of the phenomena of opposition tolerance in patients on an antidepressants, when it is time to withdraw the medication, tapering is associated with less adverse side effects. There is no difference between what we already do in our practice with a customised tapering regimen and what is suggested in the “guidelines” from the psychiatrist. In some patients, some form of CBT when tapering can reduce the relapse or recurrence rate.