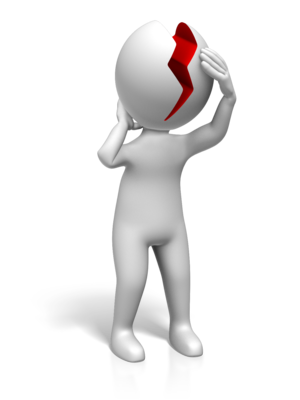 Last week, we explore the updated pathophysiology of migraine and foreshadow the arrivals of the gepants and the “mabs”  As the article went to press, the FDA approved the first of the gepants, ubrogepant for the acute (immediate) treatment of migraine with or without aura (in adults. It is not indicated for the preventive treatment of migraine. The approval came following two positive Phase II randomised control trials supporting ubrogepant’s efficacy and safety. Are they really that revolutionary in their efficacy?

The ACHIEVE II trial is a Phase 3, multicentre, randomised double-blind placebo controlled, single-attack clinical trial conducted in the USA (1). The results were published in the JAMA in November 2019. 1686 participants, 18-75 years old who had at least 1 year history of migraine, whose migraine onset were before the age of 50 years were randomised to either receive placebo, 25mg ubrogepant or 50mg ubrogepant for treatment of a single migraine attack with the option of taking a second dose if required.

Patients with clinically significant haematologic, endocrine, cardiovascular, cerebrovascular, pulmonary, renal, hepatic, gastrointestinal, or neurologic disease and a history of 15 or more headache days per month on average in the previous 6 months were excluded. In other words, these are a “safe” group of patients.

The incidence of treatment-emergent adverse events was low and was similar between the ubrogepant groups and the placebo group. Nausea was the most commonly reported event within the first 48 (2%) and within 30 days (2%). 1 participant in the 25-mg group reported 7 serious adverse events related to a bicycle accident; none were considered treatment related. No death or discontinuations due to an adverse event were reported.

After treatment, 4 participants were found to have AST/ALT >3 times upper limit of normal. 3 were not thought to be related to treatment (other causes found) and one was in a participant in the placebo group.

A second Phase II randomised double-blind placebo-controlled trial was conducted with the study population fairly similar to the ACHIEVE II study above (2). In this study, participants were randomised to either placebo, 50mg ubrogepant or 100mg ubrogepant. The results were published in the NEJM in December 2019.

In this study, participants who had clinically significant coronary or cerebrovascular disease and abnormal liver functions tests (ALT >1.5 times normal) were excluded. Participants with moderate-to-severe cardiovascular risk factors were allowed.

After treatment, 6 participants were found to have ALT/AST >3X ULN. 4 were adjudicated not be related to the treatment. The 5th was in the placebo group while the 6th were in the 100mg ubrogepant group.

Ubrogepant in the doses of 25mg to 100mg is effective in achieving freedom from pain in patients with acute migraine. 25mg ubrogepant does not achieve freedom from bothersome symptoms of migraine while 50-100mg does. Both trials were comparing ubrogepants with placebo and we do not know whether it is more effective than current standard therapies.

Apart from nausea, somnolence and dry mouth, ubrogepants appears safe. Development of gepants were terminated when trials involving earlier gepants in migraine prophylaxis were associated with liver toxicity. Ubrogepant has been used in acute migraine management and studies are required to evaluate the long-term safety of ubrogepants.

Current standard treatment for acute migraines include ergotamine, triptans and NSAIDs. There are precautions when used in patients with coronary and cerebrovascular disease. Based on the known mechanisms of action, ubrogepant may be ideal for this group of patients. However, the trials thus far have not included patients with those risk factors. Future studies will need to involve these populations.