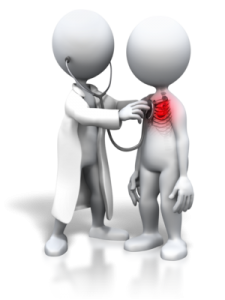 In the setting of multi-factorial risk reduction with statins and other lipid lowering agents, anti-hypertensive therapies, and anti-hyperglycemic treatment strategies, cardiovascular complication rates are falling but remain higher for patients with diabetes than for those without. Unfortunately, ASCVD remain the principal cause of death and disability amongst our patients with T2D. When ASCVD occurs in patients with T2D, they typically occur 14.6 years earlier, with greater severity and with more diffuse distribution than in individuals without diabetes.

We have been concentrating primarily on the coronary arteries in trying to reduce mortality and morbidity in patients with diabetes. What about heart failure? Heart failure is often referred to as the “frequent, forgotten and fatal complication of diabetes. How common is it? In the Framingham study (1), the risk of heart failure was 2.4 times higher in men and 5 times the higher in women with diabetes compared with those without. Multiple factors, including age, ischaemic heart disease, hypertension and peripheral artery disease as well as diabetes-specific risk factors, such as poor glycaemic control and insulin resistance, contributes to this increased risk. Heart failure can be present in patients with or without coronary artery disease or microvascular disease.

Lundbaek described myocardial hypertrophy, fibrosis, and microvascular wall thickening and proposed a diabetes-related cardiomyopathy caused by abnormal myocardial metabolism or myocardial micro-angiopathy (2, 3). Traditionally, it used to be thought that diabetic cardiomyopathy is a progressive disease beginning with early impaired diastolic function followed by overt diastolic dysfunction with or without ventricular hypertrophy. The final stage is characterised by the development of systolic dysfunction. Thus, practically, patients with diabetic cardiomyopathy can present with restrictive pattern – diastolic dysfunction with failure to relax in diastole resulting in reduction in stroke volume but overall the ejection fraction is preserved. This is what we now called heart failure with preserved ejection fraction (HFpEF).

Seferovic and Paulus proposed a new paradigm in which restrictive and dilated manifestations of diabetic cardiomyopathy are two distinct clinical phenotypes rather than successive stages (4). In general, it is not common for the restrictive phenotype (HFpEF) to progress to a dilated phenotype (HFrEF) unless myocardial infarction occurs or in older age sets in.

Although hyperglycemia and insulin resistance are the main physiologic disturbances in diabetes, other derangements in cellular metabolism, function, and structure, autonomic neuropathy, and neurohormonal dysregulation are believed to play a role in the associated cardiomyopathy. It is now thought that the interplay between these insults determines whether it is the endothelial cells or the myocytes in diabetes that are damaged.

In the fasting state, cardiomyoctes prefer free fatty acids (FFA) as the fuel of choice but in the post prandial state or under conditions of stress or ischaemia, glucose is the fuel of choice. Healthy cardiomyocytes are able to switch between these sources to accommodate different physiologic conditions. However, in patients with diabetes, due to insulin resistance and hyperglycaemia , myocardial glucose transporters are down regulated leading to reduced glucose oxidation, and an increase in fatty acid oxidation and levels of free fatty acids. Fatty oxidation requires more oxygen than glucose metabolism leading to relative cardiac ischaemia. Further, elevated FFA causes lipid accumulation in cardiomyocytes leading to muscle dysfunction and ultimately, cardiomyocyte apoptosis.

Cardiomyocyte hypertrophy not only occurs in poor controlled hypertension but is common in diabetic cardiomyopathy. It is thought to result from insulin resistance and cell growth in response to hyperinsulinaemia. Interestingly, patients with T1D are more likely  to exhibit hyperglycaemia related myocardial fibrosis.

Normally, sympathetic stimulation causes vasodilation of coronary resistance vessels and improves left ventricular contraction and left ventricular relaxation rates. In patients with diabetes with cardiac autonomic neuropathy, there is sympathetic denervation, depletion of myocardial catecholamine stores and impairment of sympathetic nerve fibres. This is likely to contribute to the diastolic and systolic dysfunction alluded to above.

Over-activation of the renal-angiotensin-aldosterone system (RAAS) leads to over production of Angiotensin II and aldosterone resulting in cardiac hypertrophy and fibrosis from increased fibroblast proliferation, increased collagen deposition and increased cellular apoptosis.

Aggressive management of cardiovascular risk factors, particularly lowering of LDL-cholesterol concentration and blood pressure along with glycaemic management must remain our prime focus as they provide substantial improvements in cardiovascular outcomes. The pathogenesis of diabetic cardiomyopathy is complex and multifactorial. We are only beginning to open this can of worms.

Patients with T2D have a much higher cardiovascular event rate than the general population. Coronary artery disease is not the only culprit. A significant proportion of these patients die from heart failure. It’s the dawn of the myocardium. There are now agents that can reduce that risk.