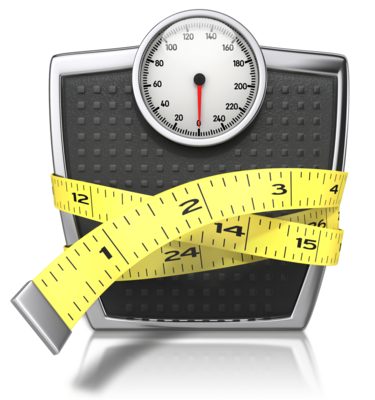 In the last issue, we described our retrospective audit of all the patients at my practice who has a diagnosis of type 2 diabetes and who was offered a low calorie, low carbohydrate diet program between January and May 2018. In general, all patients with type 2 diabetes were offered a partial meal replacement (two sachets plus a meal) and regular follow up over the subsequent 12 months. These include patients who have type 2 diabetes for more than 6 years, patients on insulin therapy and patients with major mental illness.

The following patients were also not offered the diet program:

Weight measures were collected at baseline, 1 month, 2 months, 3 months, 6 months and 12 months. HbA1c, fasting blood glucose levels, lipid profile (total cholesterol, triglycerides, HDL-Cholesterol and LDL-Cholesterol) and eGFR were collected at baseline, 3 months, 6 months and 12 months.  Anti-diabetic medications at baseline and at 12 months were recorded. Not all patients return for their scheduled reviews beyond the 1st month. Only patients who have data at 12 months were included in study.  There were some patients who started on the meal replacement program after May 2018 and were not included in the study. See Fig. 1 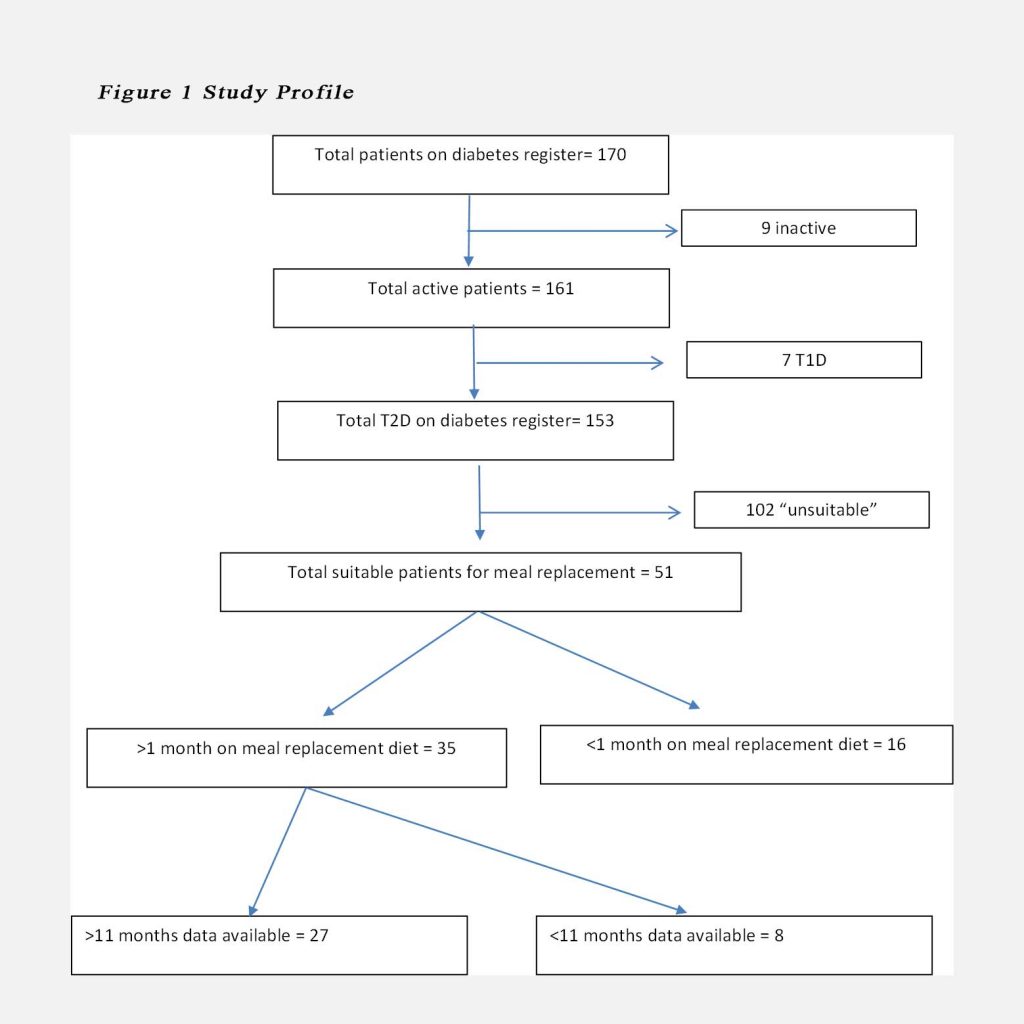 Overall, there were 170 patients on the diabetes register. After excluding inactive patients, patients with type 1 diabetes, patients that have poor attendance record and patients who were not ready for change, 51 patients accepted the offer of the diet intervention. 16 patients did not follow through with the diet after one month and were not included in the analysis. Of the remaining 35, only 27 had complete data for more than 11 months (see Fig.1). 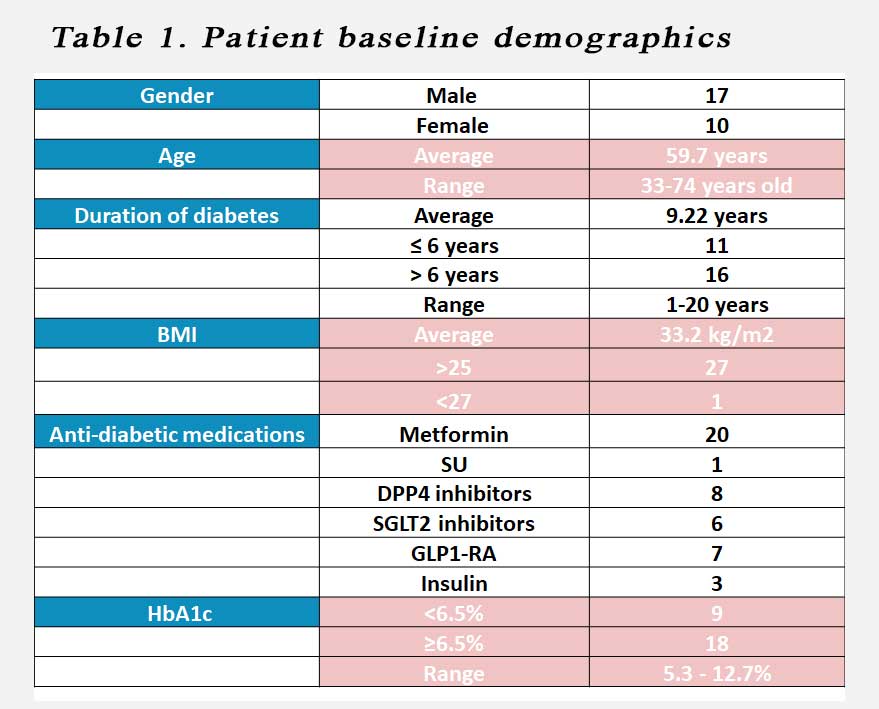 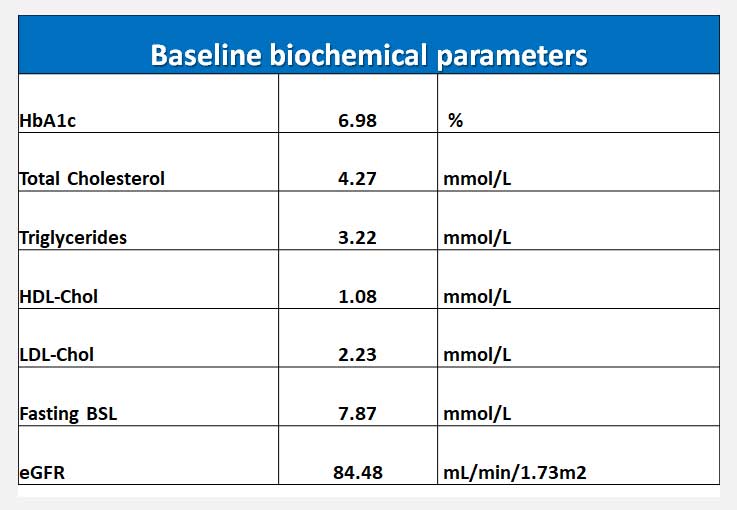 While the average weight loss was 6.25kg at the end of 12 months, the range of weight change was between +1.6kg and -30.7kg. Only 3 patients did not lose weight at 1 month and these patients failed to lose any weight by 12 months either. 57% of patients lost at least 5kg at 12 months.

Improvement in HbA1c was evident as early as 3 months. 18 patients (67%) of patients recorded a reduction in HbA1c. The proportion of patients who had a lower HbA1c compared to baseline remained at 67%. 1/3 of those recorded an HbA1c reduction of at least 1%.

There was a marginal improvement in mean eGFR (84.5 – 86.5 ml/min/1.73 m2) which was both not statistically nor clinically significant.

Overall, there was no correlation between duration of diabetes, patient’s age and weight or biochemical changes.

Three patients were on basal insulin at baseline. 1 patient was able to stop his insulin (20 units to none), 1 half his insulin dose (30 units to 15 units) and one remained on the same dose (28 units).

We are yet to analyse the change in anti-hypertensive medications.

In summary, low to very low calorie diet was tolerable, safe and effective for most primary care patients with type 2 diabetes. There was significant improvement in body weight, HbA1c, fasting glucose and HDL-cholesterol over 12 months.

For details on how you can implement this diet for your patients, email me for details.